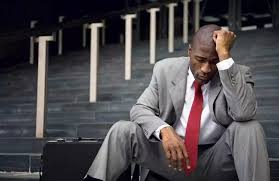 Organised Labour made up of the Nigeria Labour Congress (NLC) and the Trade Union Congress of Nigeria (TUC) are heading for a coalition course with employers of labour over the recent mass sack of workers in the banking sector and non-unionisation of workers by some banks.

The Minister of Labour and Employment, Senator Chris Ngige had asked the banks to put on hold the mass sack of workers, threatening that the government “know what to do” to any of the banks that fail to comply with the directive, while asking the unions not to picket the banks.

President to the NLC, Comrade Ayuba Wabba and his TUC counterpart, Comrade Bobboi Kaigama told newsmen at a news conference in Geneva that they were ready to engage the banks frontally and do everything within their power to protect the interest of workers in the banks.

They accuse the banks of undermining the principle of collective bargaining agreement which require employers to engage the unions before taking decisions to lay off workers.

But Director General of the Nigeria Employers Consultative Assembly, Segun Oshinowo said the union leaders were being economical with the truth and challenge them to come out with evidence of any bank denying their workers the right to unionise, and faulted the position of government for the banks not to sack workers.

President of the Trade Union Congress, Bobboi Kaigama said organised labour was ready to prove to the bank that has sacked their members that they don’t have a monopoly of disobeying collective bargaining agreement and the laws of the land. He said: Just like the employer has the right to hire and fire, they should also know that they must play by the rules. The rules are very clear and in every industry, there is a collective bargaining procedure in place where issues like that are addressed. “You are aware that while we are here, some of these banks have gone ahead to retrench their workers and the minister has made a kind of position that the government frown at that. Probably, the government cannot impose its position on the employers. But you should know that the government is a referee and as tripartite partners, organised labour wants to observe the rules. But if the rules regarding redundancy are not followed, obviously, we will frown at that. This thing happened while we are here and when we get back to Nigeria, we will sit down and address it. We assure you that we will do something about it. Even if it means picketing these banks, just as they disobey the laws of collective bargaining when it comes to retrenching our members, we will also show them that they don’t have the monopoly of disobedience of law. If the employer feels that it is in monopoly because of the downturn, simple courtesy demand that you call for a review of some of these collective bargaining agreements so that you all jointly own up to this and make sure that this problem of retrenchment and underemployment will be addressed. If these things which are in place are not followed, obviously, they should expect the wrath of organised labour.”

President of the NLC said the unions will not sit back and watch the workers being treated like slaves in their own country, adding that as workers, organised labour must protect the interest of the workers. Wabba said “these workers are Nigerians and they need our protection. The fact that people wants to exploit any loophole and take advantage of them is uncalled for. There is a difference between mass sack and the issue of hire and fire. In this case, it is mass sack and we can’t allow a situation where these workers are exploited or their rights denied. We are aware of what is happening in the banking sector because they refuse their workers from being unionised. They refused unionisation and the issue is on the table and so, you can’t come back and say these workers are not unionised. We must respect our laws because that is the major issue. As a union, we have human and trade union rights and it is a matter we have discussed here. It is within the context of human and trade union rights that this issue is situated. Therefore, as workers, we must protect them. Already, we are discussing how best to protect these workers because they are Nigerians? Do we allow employers to continue to exploit them? In one of the banks, those that they disengaged last year are yet to be paid their entitlement. Do we allow the situation to continue? Was it not the same banks that got bailout from the government few years ago when they were in trouble?. Was the money not from public coffer? We know that the employers must protect their members and we must also defend our members.

“We are working together and whatever it will take to protect these poor workers, we will do it because it was not their fault that they were denied unionisation. We have many of the banks that we are having pending cases with. We have written them officially that the workers want to unionise and they were dilly dally. The point now is how to protect these workers who have been thrown out of their jobs. Government should be concerned about any Nigerians who will be thrown out of the job. So, what the ministry did is right to say, wait and let us discuss this issue first. How can that be an issue that will not be accepted? Except there is something hidden there. Otherwise, I think the pronouncement of the minister is what is expected because when they had difficulty, it was government that gave them a bailout from our collective wealth”.

Reacting to the development, NECA Director General,  Segun Oshinowo said; “I have been on the ground for long to fault that submission. When the current governor of Edo state, Adams Oshiomhole was the President of the NLC, we had this issue in the banking industry with one of the very big banks whom the unions had accused of de-unionisation. We were able to sit down and agree on the resolution of the matter. In fact the ministry of Labour was involved in it. One of the options we were to consider then was to create an environment where individual workers in the banks will anonymously express whether they want to join the union or not. But we didn’t have to go that far because it was not necessary”.

“It is the responsibility of the unions to organise their members where ever they are. If the union should experience any obstacle in the course of that, they have the right to take the employer to court by making the point that the employer has denied their members being unionised. The question we should be asking them is whether they have tested this in court. “One would have expected them to take any employer that deny their staff the right to unionise to the National Industrial Court so that the court can make a pronouncement on it. Until they provide that evidence, every statement they are making is an allegation which they cannot substantiate”.